Why Poojas And Homams Are Preformed In The Temples Of India ? 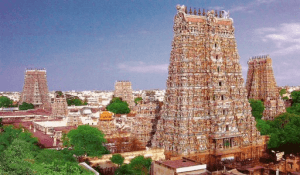 Please Note : We don’t deal with any Temples in the US or Canada and we only coordinate and perform Homam and Poojas in the Temples of India. Please remember America was discovered only in the year 1492, and Hindu Temples started coming up in the US and Canada just 10 to 50 years back.

Hinduism is the world’s oldest extant religion. Hinduism is not strictly a religion. It is based on the practice of Dharma, the code of life. (Read More……) So based on this principle the ancient kings ruling a region in India did not simply do homam and pooja inside the palace.

The kings had selected a sacred piece of land using vedic science and that place was called a kovil or temple. The most ancient temples built were of the rock-cut type. The Pallava and Chola Kings were great builders of temples in stone which dated around (850-1279 AD). All  the Homam and Poojas were only conducted inside the temple to energize or boost the cosmic energy. Based on this principle of boosting the cosmic energy the flooring of all temples in India are made of rock cut lime stone, which has the ability to store the cosmic energy in it. The temples outside  India will not have this type of flooring which is not correct. Also the Idol of the main God or Goddess should be directly bound to the earth and the Idol should not shake. Most of the temples built outside  India are built as per the rules of that country and the temples will not have the specialty of an Ancient Indian Temple.

History cannot be rebuilt, no man can duplicate the design of Great Pyramids in Egypt and so as the Taj Mahal in India and so as the Ancient Temples in India. An Ancient Temple in India will always have a very high cosmic energy to directly influence the nine ruling planets. If an ancient temple in India is energized with 100% of cosmic Power a temple outside  India will only have 0.0005% of cosmic Power. So the chances to decrease the negative influence of a ruling planet is very less from a temple outside India. The Ancient Vedic science of India is a very vast and still learned subject, no Hindu Priests, Pundits and Gurus outside  India could ever continue learning this vast subject from elsewhere.

Please remember we only have an office in the United States but we do not conduct any Poojas or Homams inside the US. Our Priests has vast experience in the field of performing Homams & Poojas. They have sound knowledge on the various aspects of performing Homams. The main aim of performing the Homams is to enrich positive energy of the ruling planets and to nullify the negative elements shown in the birth chart. We conduct them only on analyzing your Horoscope and for that we select the appropriate Temple in India by which you can get evident good results for your problems. 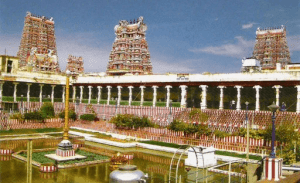 planets and the power of negative energy of the ruling planets in your birth chart. The Poojas can be conducted for one hour or for three hours, for a day or up to twenty one days. So the Pundit only can suggest the number of days and the number of Priests for the ritual. Once the Homam/Pooja has been preformed we will be sending you a Video DVD of the Pooja that was preformed in the temple along with a photo album of the Homam/Pooja.