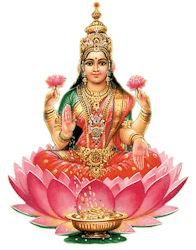 Lakshmi is the Goddess of wealth and prosperity, both material and spiritual. In Hindu mythology, Goddess Lakshmi, also called Shri, is the divine spouse of Lord Vishnu and the Goddess of wealth and fortune. In the vedas, she called Sri. Goddess Lakshmi indicates prosperity. Worship of Lakshmi indicates an appreciation of prosperity and a sense of responsibility towards it. Depicted an extremely beautiful woman, Lakshmi stands on a lotus. She has lotuses in various stages of bloom in her two hands. And even wears a lotus garland.

Business people, those who are facing financial crisis can performmahalakshmi homam. Mahalakshmi pooja can be performed everyday as a remedy to create wealth. The lord of the planet venus is Goddess Lakshmi.The navagraha temple for Goddess Mahalakshmi is in Srirangam, situated in Tamil nadu.

You must perform this homam when you are facing financial difficulties and wish to earn wealth in abundance. For improvement in Financials and also for recovery of dues, which are said to bestow different benefits to the performer of this homa. Even the mere recitation of these mantras, bestow prosperity.

In the puranas, this homam is said to bring the following to the devotee: 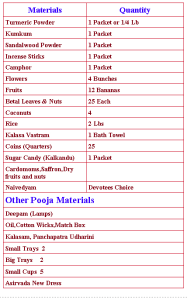