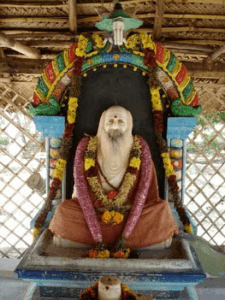 Our Ashram was found on the basis of the principles and with blessings from Sri Maharishi Dayananda Paramahamsa. He was born in a Hindu Brahmin family who lived in Kasargod, Kerala state in India and he was born on 09th of December 1932. Maharishi Dayananda Paramahamsa displayed a curiosity about the existence and nature of Consciousness or God from His early childhood. Questioning the followers of the numerous religions, which he saw around him, He sought to know and find this knowledge.
In 1954 he became a disciple of Swami Sathyananda Saraswathy, who gave him the name Brahmacharya Dayananda Paramahamsa. He got the name “Brahmacharya” because he had the dedication to the quest for a personal realization of Brahman without having any eagerness to earthly pleasures like marriage or children. Alternatively, he recognized his life to bean expression of Brahman through his actions and deeds.
Then one day unexpectedly he was met by an elderly man who approached him, addressed Him by name, and said that he had been sent to meet him by his Guru and had been waiting for Him for the past three days. The elderly man came to His house and told Him that it was time for Him to begin His spiritual journey. The elderly man then took Brahmacharya Dayananda Paramahamsa away to the Himalayas. Over a period of many years, Brahmacharya Dayananda Paramahamsa was passed from one Guru to another receiving from each what they had to teach and their power. 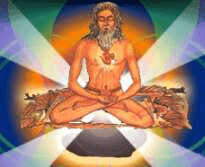 There in the Himalayas, He meditated with Guru’s, Siddhas, Rishis, Munis, Kaiwalya Kumbhak Yogis, Buddhist monks and Saints, and with the High Gurus that exist there who communicate not with language but by vibration through meditation, beyond the need for language. There in Himalayas he found the full knowledge and enlightenment. There he was called Maharishi Dayananda Paramahamsa by his High Gurus, meaning one who has great, expanded and refined vision, including subtle forms of vision, such as the third eye and intuition that encompasses the entire universe and yet can still maintain precise detail in actions and thoughts.

Having reached enlightenment and merging fully with Universal Consciousness and Spiritual Healing Techniques, yet remaining in the physical body, Maharishi Dayananda Paramahamsa chose not to isolate himself from the society as many beings who reach that level do. Instead He has come back into the society as ‘a pipe’, a channel, a means through which anyone who chooses can experience and connect with the Universal Consciousness and obtain a cure for earthly sufferings through Spiritual Healing Techniques.

From there in 1979 he came to Rameswaram a town in Ramanathapuram district in the Indian state of Tamil Nadu. It is located on an island separated from mainland India by the Pamban channel and is less than 40 kilometers from the Jaffna Peninsula, Sri Lanka. Together with Kashi, it is considered by Hindus to be one of the holiest places in India to Hindus. Hence, it is a bustling pilgrim centre. According to legends, this is the place from where Lord Rama, built a bridge Ram Sethu (also known as Adam’s Bridge) across the sea to Lanka to rescue his consort Sita, from her abductor, Ravana. This is also the place where Rama worshipped Shiva to be absolved of the sin of killing Ravana. Both the Vaishnavites and Shaivites visit this pilgrimage centre which is known as the Varanasi of the south.

Sri Gayathri Ashram was found on as per the suggestion and vision of Maharishi Dayananda Paramahamsa.The Ashram itself is a holy space located in the Thangachimadam at Rameswaram (Island) in Ramnad (Dist.), Tamil Nadu, India and is dedicated exclusively to the cultivation of pure devotional healing services having faith in our Mother Goddess, Sri Gayathri Devi. 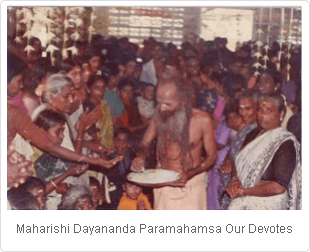 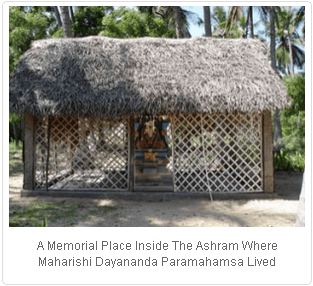 We are looking to buy a beautiful huge land, self-sufficient in the Thangachimadam Island of Rameswaram. Our vision is to build a home where all are welcome, where we will grow and make our own food, shelter and clothing, or use recycled materials. We also seek that location to be surrounded by nature.  We wish to be self-sufficient and will use solar power.