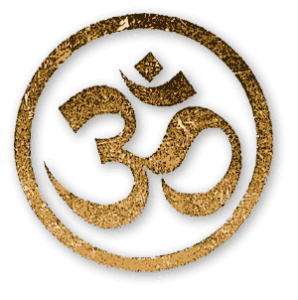 Hinduism is the world’s oldest extant religion, whose earliest origins can be traced to the ancient Vedic civilization. A conglomerate of diverse beliefs and traditions, Hinduism has no single founder. It is the world’s third largest religion following Christianity and Islam, with approximately a billion adherents, of whom about 905 million live in India and Nepal and Other countries.

Hinduism is also referred as Vaidika Dharma, meaning “religion of the Vedas,” in the ancient Hindu scriptures. Hinduism is not strictly a religion. It is based on the practice of Dharma, the code of life. The original name of Hindu Dharma is Sanatana Dharma, or “universal religion.” The underlying tenets of Hinduism cannot be easily defined. Unlike other religions, Hindu Dharma did not originate from a single person, a single book, or at a single point in time. The foundations of this oldest surviving religion were laid by ancient rishis (sages), who taught their disciples the eternal principles of life they had discovered through their meditations. Hindu Dharma is essentially a religion of principles rather than persons. Since Hinduism has no founder, anyone who practices Dharma can call himself a Hindu.

It is important to recognize four important fundamental doctrines to fully understand Hinduism. These are derived from the philosophical Vedic texts of Upanishads.

1. The phenomenal world of matter, animals, humans and even gods is a manifestation of a Supreme Being called Brahman, without whom nothing would exist.

2. The human beings are capable of not only merely knowing about the existence of Brahman; they can also realize its existence by direct intuition and discursive reasoning.

3. The human being possesses a dual nature: one is Jiva-atman or the phenomenal ego and the other is an eternal Self (antar-atman), which is an inner spirit designed in the same mold as Brahman. If he so desires, it is possible to identify himself with the inner spirit and therefore with Brahman.

4. The only purpose of mans life on earth is to identify himself with the eternal Self called Brahman and unite with it through knowledge (jnana), service (karma) and/or devotion (bhakti).

Vedic religion as practiced for thousands of years has little 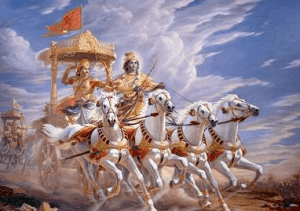 resemblance to current day Hinduism. However the common binding thread is the acceptance of the Vedas as supreme scriptures in both variations of religion. Today much importance is given to the worship of a personal God (bhakti), whereas in yesteryears the main form of worship was sacrifice. Nevertheless, the ultimate goal of the sacrificial Vedic religion and the bhakti form of Hinduism, as practiced today, is the same. It is the aim of attaining salvation or moksha. (Buddhism calls it nirvana and Jainism, mukti). When the inner Self or Brahman in every soul is uncovered, it is called Self Realization or salvation. This act will release a soul from the burden of repeated births and deaths (punarjanma and punar-mrthyu).

As a consequence of being born as humans, everyone is caught in the endless and repeated cycle of birth and death. This is the Samsara that all humans have to endure. Liberation from this cycle of misery is the purpose of life for all Hindus. There are incentives to serve the rest of humanity well. Good deeds and bad deeds are counted, like a balance sheet. This law of retributive justice is called karma. Karma literally means deed or work. The cumulative effects of the deeds in this life has profound effects in the afterlife. Through karma the body of next life is acquired; and on previous karma depended a mans character, fortune, and social class and his happiness or sorrow. The body cannot escape the law of karma. However, by judgment and forethought one can utilize karma to his advantage. Human being has a free will that permits him to make intelligent choices, which in turn may alter the manifestation of karma. The ultimate goal of every Hindu is to reduce the bad karma that he may have to carry with him into his next cycle of birth. When enough good karma is accumulated over a number of lifetimes, the soul is liberated and attainment of salvation is at hand. Every human being has the potential to eventually attain salvation by his or her deeds and this fundamental right cannot be denied to anyone.

Paths to salvation are through three different means. Through the study of scriptures for the learned is called jnana yoga. A practitioner of Hinduism has other choices such as intense devotion to a personal God that he can utilize to attain salvation. This is referred to as bhakti yoga. The third method is through selfless service to humanity called the karma yoga, so well discussed in the Bhagavad-Gita. If an essence of God or Brahman is in every soul, then the service of humanity is the same as service of the Divine. Service without regard for the fruits of action is specially extolled. A commoner can practice the latter two means of attaining salvation, even if he is illiterate and unable to study the scriptures on his own.

Get It Free Horoscope e-Book